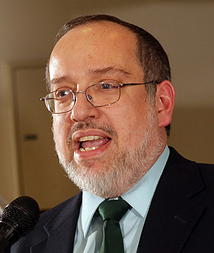 I started Degel Software way back in 1988, shortly after I graduated from MIT and moved to Israel.

Since then, my focus has been to help companies, large and small, leverage new technologies to jump-start their business.

Over the years, Degel has been through many technology cycles. Sometimes I've worked by myself, sometimes managing a local team; and sometimes working with talented international developers. Only one thing remains constant: a focus on offering highest-quality cutting-edge software solutions.

THE HISTORY OF DEGEL SOFTWARE LTD.

From Internet TCP/IP protocols all the way through to today's cutting edge applications, I've enjoyed riding the waves of commercial software development.

I founded Degel in 1988. It has grown into multiple development teams and segued into two start-ups, one still publicly traded (VRNG); but has always retained my push for excellence at its core.

I received a Bachelor's degree in Computer Science from Massachusetts Institute of Technology (MIT) in 1984. A native New Yorker, I hold dual American/Israeli citizenship. Since the mid 1980s, I have lived in Israel, but travel frequently to clients around the world.

Degel Software is me, but it's more than me.

Over the years, Degel has included multiple like-minded developers; sometimes working in my basement, sometimes in "real" office space, and often scattered around the world in virtual offices.

In 1996, we co-founded 2AM Inc., an early Internet games company that created innovative games through 2000.

In 2006, Degel was an early and leading mobile apps developer. (We had started by optimizing J2ME for Sun in 2001 and went on to create AOL's ICQ and IM mobile messaging clients for Symbian and J2ME). We segued these skills into founding Vringo, where we focused on video ringtone pesonalization/sharing and eventually IPO'd as VRNG (now FH).

Today, I focus on working directly with clients, helping them innovate in areas as diverse as internationalization tools and biotechnology.